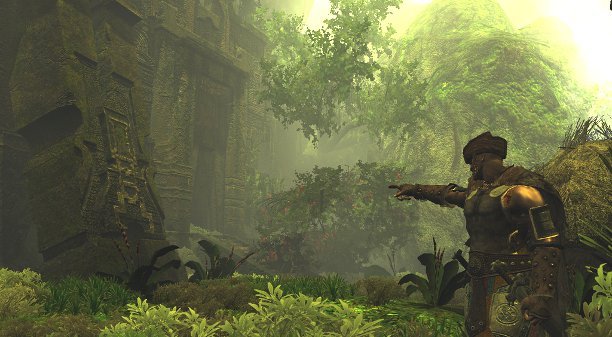 The PVP Consequence System is now live! This update also brings with a series of significant changes and updates to trade-skills, combat mechanics, massive PVP and GUI functionality in addition to a great new experience in the Cistern! 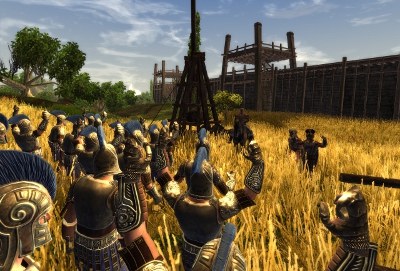 This game update brings with it a major new game-play feature – a new consequence system for PVP. Off the back of the PVP leveling system introduced in the last update, this new system aims to bring even deeper meaning to PVP and introduce real consequences for your actions. Players will now run the risk of becoming a criminal or even a murderer depending on their actions in PVP.

If you take part in anti-social actions in PVP, picking on weaker foes and such you will find yourself accruing ‘murder points’ that will eventually mean the attitudes of NPCs in the world will change towards you! Murderers will be outcast from society and will have to depend on new outlaw camps which can be found at remote locations in various different playfields. You will still have access to vendors and travel through these camps, but that will now come at a cost! A consequence for being a dangerous individual!

It will be possible for those evil doers to redeem themselves however. Murderers can try to solve specific quests to lower their murder points to one day receive amnesty and loose the status of a murderer. Until that time other players can hunt down and kill murderers to punish them for their crimes. We think this system will introduce a great new dynamic to PVP game-play. Do you dare to try and live a life outside of the laws of the land? Do you have what it takes to be infamous, or indeed become famous for hunting down these most treacherous of player targets!

Revamp of ‘The Cistern’ Dungeon

Together with various other adjustments to the world design, the major changes done to the dungeon ‘The Cistern’ are something we think the players will really like and welcome. Directly listening to player feedback we changed this dungeon from a social dungeon into an instance which will give groups the chance to venture there without interruption from other players or groups. In addition the game-play, including all AI, loot and interactive environments have been improved in this dungeon and there are now also new alchemy recipes to be found there. 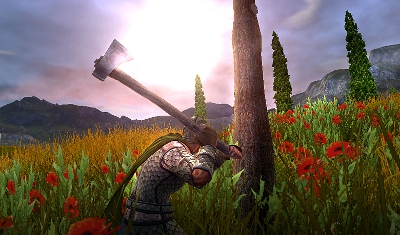 Brand new types of armor and weapons are introduced with this update. There are so called ‘Base’, ‘Culture’ and ‘City’ armors and weapons recipes which give weapon-smiths and armor-smiths many new pieces to craft. The recipes for these new items also include new resources that Alchemists, Skinners, Weavers and Woodcutters will have to provide so working together with other player crafters and gatherers is encouraged and even necessary.

Listening to player feedback made it clear to us that especially the Alchemist profession had to get an overhaul in terms of the too high number of available alchemy recipes and needed resources to craft these sorts of items. With this update the number of alchemy resources has been reduced by about two thirds and existing recipes have been adjusted accordingly. This will make crafting for alchemists much more enjoyable and allows this profession to focus on crafting specific items and potions as an unnecessary high number of different recipes and resources made it hard to actually find what was needed.

In addition all other trade-skill resources have had their chance to drop increased which should result in players being able to gather the resources needed for recipes much easier. 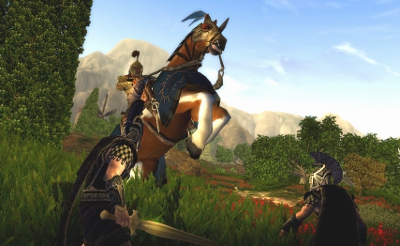 There are quite a few significant adjustments to the combat system for this update and we wanted to shed some light on of some of these changes here.

Firstly the way how crowd control and immunities work has been adjusted. This change now will cause players to break stuns, fears, roots, snares and charms when they have lost a certain amount of health. This should give players a fair chance to withstand these spells and fight back.

We are in this update making some changes to combos which will affect melee and ranged classes. Firstly lots of combos have fewer steps to execute now but they will also deal less damage per hit. The damage you deal should merely be distributed more evenly throughout battle than before. The second change we are making is to introduce a penalty when you miss with your directional combo strikes. This penalty will increase with the number of missed strikes.

Based on your feedback that some combos were too long to perform effectively in PVP we have reduced the number of steps on the longer combos should hopefully rectify this feeling.

Obviously this move does affect the potential damage players do, and given that we also wanted to start addressing the effectiveness of healing in combat. We approached this by giving some classes utilities to make the healing of others less efficient. As a result, the Ranger, the Demonologist and the Herald of Xotli have all received healing debuff abilities. This is obviously an area that we will track closely and if additional changes are required it will be an area that continues to get tweaks and adjustments.

Additional possibilities for raid leaders to add and move members from different raid teams and also added more versions to display more detailed information about the team members to show different bars as well as debuffs are introduced with this update. And this is not all! Many other changes and improvements to the GUI are added and we also will continue to bring such adjustments in future updates.

In addition to the content highlighted above this update brings also brings many more changes on various other topics like for example, massive PVP sieges, mounts, quests, raid encounters, items and tradeposts –to mention just some of them.