Share on:
Home
News
Age of Conan Book in the tabletop RPG... 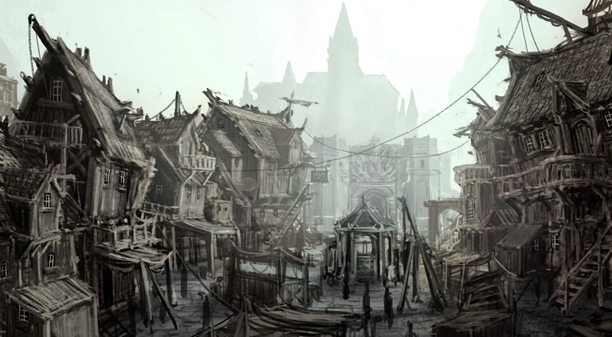 Age of Conan Book in the tabletop RPG Kickstarter!

The Kickstarter for the Robert E. Howard's Conan: Adventures in an Age Undreamed Of tabletop roleplaying game by Modiphius had a flying start and reached its goal within hours!

As the campaign continues it is growing rapidly, more and more stretch goals are being announced and a host of awesome books are added.

Today we are excited to announce an exclusive Age of Conan cross-over book for the tabletop roleplaying game! Have you always wanted to play some of the great adventurers from Age of Conan in a tabletop setting? Now is your chance!

Click here to see the announcement of the book.

The Age of Conan sourcebook will be unveiled as a Stretch Goal within the Kickstarter which is due to finish on March 20th, though Modiphius have confirmed they will publish the book in 2017. Please read the different pledge levels carefully, as the higher pledges (Hoard of Yezigerd and Secrets of Mount Yishma) will receive all Stretch Goal books in print whether their goals are reached or not. Those with PDF Subscriptions will also be guaranteed to get the book when it comes out in PDF.

Also remember that anyone who joins the Kickstarter and pledges £15 and above will get the Age of Conan: Adventures in an Age Undreamed of Pack. This contains 5 XP Potions (double XP gain for 12 hours) and four powerful starter armor sets (Swashbuckler, Buccaneer, Marauder and Pirate) which can be claimed in Age of Conan.

The sourcebook for the Conan roleplaying game will be written with assistance from Funcom’s own Age of Conan team! It brings many of the unique locations, characters, creatures, monsters, and equipment from the computer game to the tabletop.

It offers expanded character generation rules with brand new backgrounds based on classes in Age of Conan, allowing players additional options such as even more dangerous magical powers.

The book will be a full-color hardcover lavishly illustrated with concept and original art from Age of Conan. It will have 112 pages.

The Age of Conan sourcebook will contain secrets and background on some of the most exciting adventures and locations in the game:

Tortage is one of the largest Barachan Isles off the coast of Hyboria. It is a den of smugglers, thieves and pirates. The players in Age of Conan start their journey here and in the tabletop roleplaying game anyone can delve deeper into the mysteries and conspiracies of the corrupt viper's nest.

The Iron Tower is a mighty prison in the Aquilonian capital city of Tarantia. It is a challenging dungeon in Age of Conan, where nothing is as it should be. It is filled with corrupt guards, devious infiltrators, crazed prisoners and even darker forces lurk beneath the surface.

Ymir's Pass lies between the barbarous lands of Cimmeria and the kingdoms to the south. It is a treacherous path through the mountains, where followers of the self-proclaimed bandit king Atzel, Frost Giants and Vanir raiders roam. Rumor has it that the oldest of the god Ymir's children, the Frostfather himself, dwells here.

Funcom is excited to be working together with veteran tabletop roleplaying game maker Modiphius, and we are thrilled that their Kickstarter has been a great success!

Join the Kickstarter together with thousands of other Conan fans from around the world and get your hands on the awesome Age of Conan RPG book! 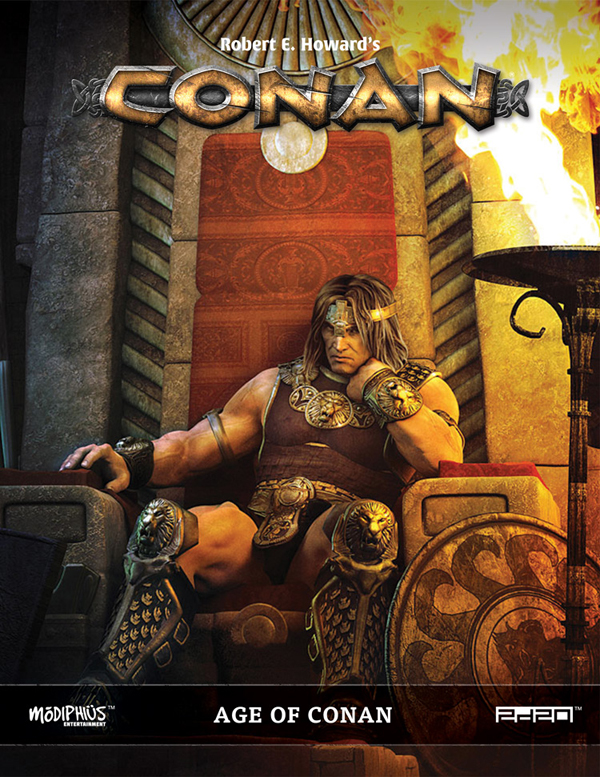