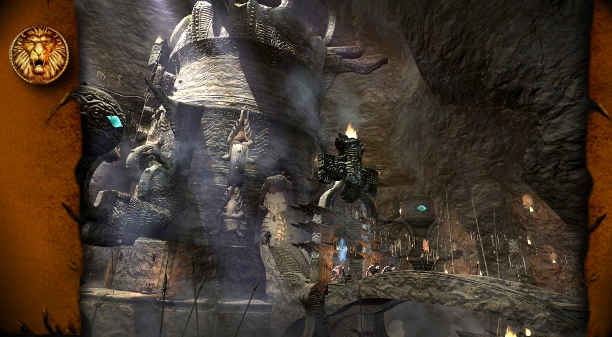 Last week, Funcom moved to new offices after 14 years in the old location in Skøyen, Oslo. It was a bittersweet move because the old offices were where all of the major development on Age of Conan took place up until 2010, when the majority of development moved to Montreal.

The new office is a great building located not too far from the old one. It's a shiny new place to create new content and step apart from the past and an even greater future for all of our games. We're happy to be here!

However, as we were sorting through the general accretion of years of documents, concept art and ideas, I stumbled across a picture that I thought it might be interesting to share with the Age of Conan community. 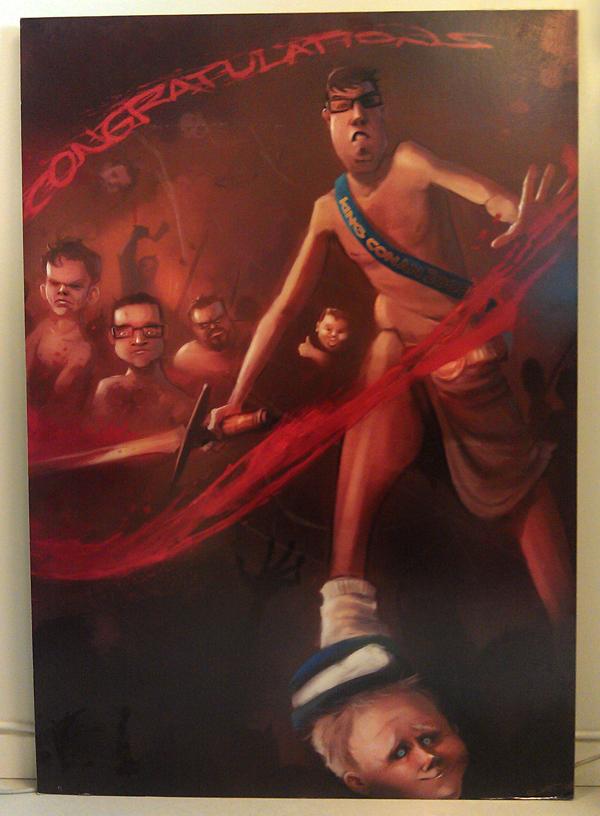 This was a gift from the team working on The Secret World (then known as The World Online) to the Age of Conan team at launch. Some of you might recognize a few of the faces in the picture.

Enough wallowing in nostalgia! Let's talk about the exciting things we have coming in the near future for Age of Conan.

One of the primary requests we have received from the Player vs Player community are ways to recreate the feeling of rivalry that they felt in the early days of Age of Conan. Open world PvP is often mentioned and in discussing this problem with the designers, we feel that the best direction to take in improving open world PvP are sporadic, controlled events which force players into areas that are unsafe.

With that in mind, I am very happy to announce a new event that we will be running in Age of Conan, called The Great Hyborian Race!

During the Great Hyborian Race, we will be asking players to roll a new, fresh character on a Blood and Glory ruleset server (completely new server) and race to the top in PvE and PvP. For the duration of the event, you will be unable to use Offline Levels and we will place restrictions on the use of XP potions and instances. We still have time to make some adjustments to the ruleset, so post any ideas that you have on the forums and we will see what we have time to incorporate.

Unique Prizes will be awarded to the players who are first to 80 in each class, as well as players who achieve a certain threshold of PvP experience within the time frame of the race.

Work together with your guild, or strike out solo and attempt to be the best. Just be aware that anyone and everyone is your enemy!

We are aiming to start the Great Hyborian Race sometime after we complete the server merge.

The server merge was unfortunately delayed by the office move and the necessary logistics of relocating the tools and server room. In the meantime we have put together a FAQ explaining what people can expect from the server merge. You can view the FAQ here and be fully prepared for what is to come!

Coils of Ubah Khan, which was finally released in August has been well received by the community. Apart from a few loot items which managed to slip their budgets and had to be slapped back into regular constraints, the feedback we have received has been universally positive.

Currently the team is polishing off the loot solution for the three new Unchained dungeons – Halls of Eternal Frost, Caravan Raiders Hideout and the Scorpion Caves.

In addition, we are finishing up a series of new world events. These entail a series of encounters that occur on a rough monthly time schedule. Over the next year, players can expect to see these events playing out all across the world of Hyboria, and participating in each offers the chance for new gear and new vanity armors. You'll know once they begin because somebody, somewhere on your server will be screaming loudly in general chat "WHAT WAS THAT!!? MY EYES!!!"

Unchained PvP is the new minigame mode that I have mentioned in the past where we are aiming to even out the stats for all classes and make skill be the deciding factor over gear. It’s an ambitious undertaking, trying to put the classes on an even keel, and it seems likely that we will have to choose a single ruleset to enable with this feature first. Chip in on the forums and let us know which ruleset you think we should begin with!

See you all on the battlefield,