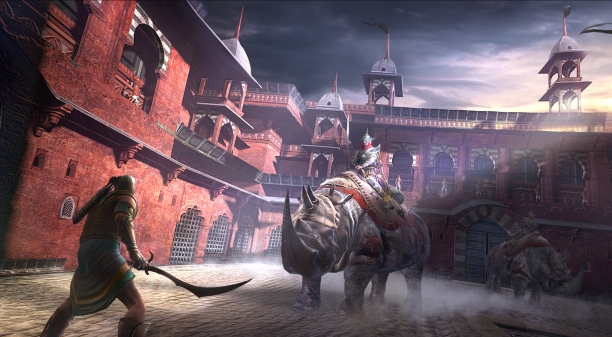 Hi everyone and a happy new year to you all!

Matthew Bennett here filling in for Joel this month while he is in his home country of Australia. For those that don't know me I'm a senior designer on Age of Conan and have been with the team since the early development of the Rise of the Godslayer expansion.

I'd  like to take this opportunity to thank everyone who participates on the Test Live and Live forums, your feedback is really important and appreciated! Also a big thanks to everyone who was able to make it to the test live events just before Christmas, I hope this is something we can continue now and again in the future.

So the first world boss of the Twelve Portents has passed and the second has now descended upon Hyboria from his Icy halls in the North, before a familiar foe returns in early February.

It has been great to see the number of players engaging in the event and the numbers paying homage to blood sport outside Conan's palace. I look forward to seeing how these focused weeks continue throughout the rest of the year!

A quick reminder on that note is that the Portents will be reverting to their standard spawn cycle in February:  Each will be starting on the first Wednesday of each month and will last until the end of the following Tuesday.

We also see the need to fine tune some aspects of the events,  in particular murder points and a certain traveling merchant.

Now to talk about some of the things which are on the horizon. We are working on unchained PvP Mini Games, the new Tradeskill system, The Palace of Cetriss raid instance and The Slithering Chaos group dungeon, but today I would like to talk about some other subjects.

We are working on tweaking Tier 3 PvP gear to achieve better balance. In particular we will be looking at removing some of the less useful stats and converting them into more meaningful attributes, top of the list are the melee weapons whose base DPS is not as competitive as they should be. Stay tuned to the Test Live forums for a more detailed thread on this in the future.

But that is not all that is happening with PvP gear, because we are also adding even more power and opportunities to this system. The process has begun on making Tier 4 PvP gear, so you have plenty of great items to look forward to!

Here are a few examples of these sub-categories: there will be hidden objects to start vista cinematic paths and others to provide entries from Conan lore scattered around Hyboria for Open World Exploration. While we are looking into time trials to act as bonus achievements for raid and dungeon encounters to add more replayability and greater bragging rights.

Once we have a new functional achievement GUI set up we can start adding some official forum threads on this subject and start going into more detail of what the sub-categories are and their intentions.

That's it for this month, enjoy the last few days of the second Portent. 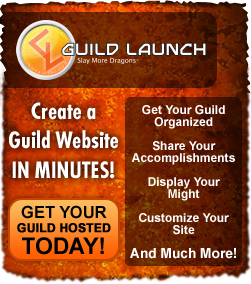 “ Behold the untamed savagery of all things Conan! ... ”

“ A multi-pronged challenge celebrating the 11th Age of... ”