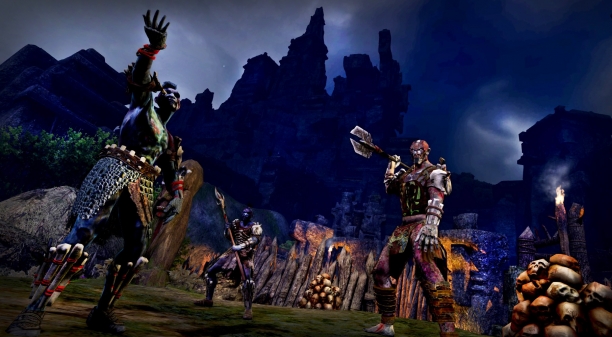 This month Age of Conan is celebrating its sixth anniversary. I remember 2008 clearly - when I was a young naïve, neckbearded Quest Designer running amok in the world created by Robert E Howard. I remember the night we launched Early Access, and the entire team was gathered around a projector in the middle of the office, champagne in hand, watching as the number of players filtering into the game slowly ticked up, moment by moment. That was where I was when early access began – but where were you? How many of you were there for that first glimpse of Hyboria? How many of you came later? This is the perfect time to reminisce and I’d love to read your stories on the forums.

When I first started working at Funcom, Tortage was an experience unlike anything I had ever seen before in an online game. Noob island is a concept that has been with the genre for a long time, but with Tortage the team really wanted to create something that redefined the expectations of what a starting experience in an MMO could be. There was a little bit of everything, White Sands PvP (which we recently brought back on the PvP servers), pseudo dungeons like the Acheronian Ruins and the Underhalls and the great quests and storytelling that Funcom has always been known for.

With our 6th anniversary event, Shadows of the Past, we wanted to bring you back to some familiar locations and remind you of how it all began. Six years have passed in the real world; children have been born, houses built, lives changed and other games have come and gone - yet the beautiful, dangerous and savage island of Tortage is still just a few mouse clicks away.

I hope you all had a great time during the anniversary and during our very first Festival of Bloodshed week. We’ve also got our monthly world boss event for June about to go into full swing soon, so there is new stuff to look forward to all the time.

During May, we also released update 4.2, which contains the player vs player content that we have been testing and refining for the past few months. Daily world quests and the festival events are dynamic, repeatable, cycling content. It’s been a long time between PvP updates and we hope to be able to create more content for all of the play styles in the game moving forward.

Also in update 4.2, we also added a series of new lottery items, revamping the system to provide better value for money and a greater chance to receive better items. Check them out in the in-game store to see what has changed.

With 4.2 out of the way, we have now shifted our focus towards update 4.3. 4.3 is a slightly smaller update on the content side – due to a focus on improving underlying mechanics in the game, as well as the fact that summer holidays for the team will be during the month of July.

The first part of 4.3 is a new reward mechanic for the minigames in Age of Conan, that we call the PvP streak (no nudity involved) system. Essentially it works like this – there will be a series of tiered rewards for accruing wins in minigames. For every win, your “streak” increases by a point. For every loss, your streak is reset to the beginning (we’re still ironing out the details, so we might allow you to have a number of chances here). The longer you manage to maintain your streak, the more powerful the rewards that you will receive and there will be different types of streaks covering both the regular minigame level and the tournament mode.

Together with this new rewards system for PvP, will come the oft discussed class balance changes. As I have mentioned in the past, I won’t go into too much detail about these as this will be a long term, ongoing initiative, but stay tuned to testlive for more details.

On the other side of the playing field, in PvE we are creating an option to convert raid tokens from lower tiers to higher tiers. From the launch of 4.3, you will be able to use tokens earned in first and second tier raids and convert them to tokens from a higher tier.

We’re hoping to encourage a variety of more experienced raiders to spend their time teaching newer players the ropes – especially as we build towards Palace of Cetriss and Slithering Chaos. I alluded to it last month, but the Palace of Cetriss tier will actually include other raids - revamps of several of the older raids – bringing them to a higher difficulty and rewarding players under our new loot system.

Finally some more good news, the Live team has increased in size again as we have hired a new game designer. While the Live team generally shuffles resources between projects, this new gameplay designer will be primarily focused on Age of Conan, with an aim to increasing the speed at which we can create content, especially our dungeons and raids.

Thanks for listening, see you on the battlefield!