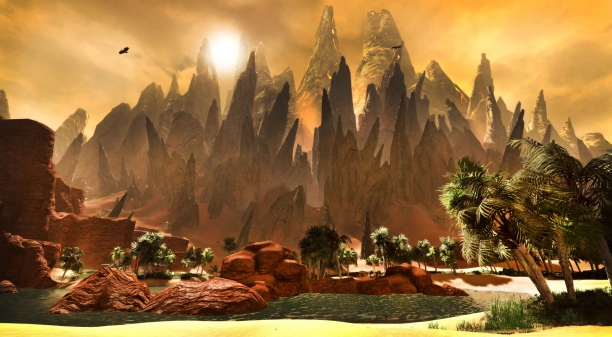 As the summer fades and the year turns colder, we’ve been planning the next Halloween event, finishing up the Unchained Raids, the new visuals for the T5 armor sets and continuing our class balance improvements.

As with every month, a wild world boss appears; this time the crumbling tombs of Acheron have vomited forth a horror from the ancient world. Search the lands where those ruins are most prevalent and destroy the threat before it can rise up and re-establish the empire that once ruled in blood and fire from Cimmeria to Stygia.

Now let’s talk about update 4.4. Most people will be mostly interested in the Unchained raids, but there are a few other improvements that are worth mentioning.

The Unchained raids have all been released to Testlive and, barring any major bugs, will be released shortly. Ancient enemies and savage foes rise again, given strength, malice and purpose by the mysterious Emerald Lotus and an entity who seeks to bring chaos to all of the lands. In these raids you can revisit Kyllikki, Champion of the Honorguard, Vistrix and Yahkmar and his brood - all with updated mechanics and loot.

Speaking of new loot, we’ve had the artists hard at work creating both new visual variations for our Tier 5 raid sets – here are a few more examples of what you can expect to see dropping in the new Unchained raids. And remember, with set bonuses, you can increase your power even more by collecting all of the pieces that complement one another. The Unchained Raids are only accessible via the Palace of Cetriss in Dragon’s Spine. 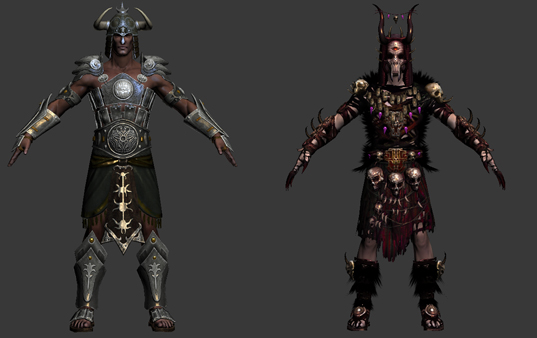 Update 4.4 also contains the new streak system in PvP (covered in my letter last month), further balance changes, and the addition of area looting. Area looting allows you to remap a key to loot any and all bags in the area with a single button press. Currently that is set to SHIFT-V, but can be remapped to anything that you wish. It’s a small quality of life addition, but once you become used to it, you won’t ever want to loot the old fashioned way again!

We’re also bringing in the new version of the Hoard of Destiny to the Item Store soon. This will be filled with a completely new set of items – so if there is something you really want in the current Hoard, be sure to grab it soon. The new Hoard of Destiny will appear in a week!

As a part of the ongoing crafting update, we completed the implementation of the gem system (note that they might not actually be called gems in the final version) and have begun to work on the system balance. Toying around with some gem combinations allowed us to create some ridiculously overpowered items – which is why the balance phase that we are currently in is so important for maintaining the integrity of the in-game systems. We’ve begun an overhaul of the top-end of the stat system to add diminishing returns above a certain threshold – this allows us to enforce versatility in the crafting system.

Finally, during the last weeks of October we will kick off our latest Halloween event, Thirst of the Serpent God.

The Festival of Set, a night of wanton sacrifice when the masked Priests of Set stalk the streets, hunting down prisoners that they themselves let loose in the streets. The sewers fill with blood that, when released in the morning, turns the harbor a cloudy red color.

During the night, the regular citizens of Khemi lock themselves into their houses and shutter their doors, making merry and drinking themselves into a stupor as they try to ignore the horrors that are taking place outside their doors. Anybody who is unlucky enough to be caught outside during this night is considered fair game.

Of course, all of our other Halloween events will be returning in conjunction with the holiday – thus completing our trilogy of events for the three hub cities of Age of Conan.

With all of the exciting updates and new content coming in October, I hope that all players, past and present, will join us.