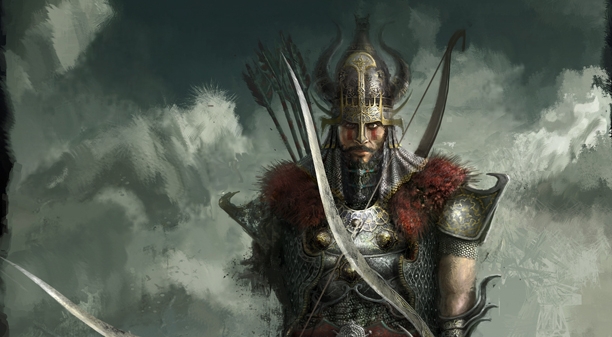 Hi everybody! Halloween is here, and during this period we have been running our brand new event, By the Light of the Moon as well as enabling the content from previous years – The Night of Lost Souls.

It’s always interesting to work on Halloween events in Age of Conan, because there is a challenge in making sure that things are lore appropriate. Hyboria is our world from 10,000 years ago, but the tradition of Halloween is a lot younger than that. There isn’t anything in the works of Howard to point to the existence of a similar festival – but there is evidence of werewolves in the lore (Black Colossus) and so we decided that an event themed along those lines would work perfectly.

So far the event has been very interesting to watch, with thousands of people taking part in the quest content, but also the sheer amount of werewolf fury that has been on display in the Field of the Dead and mini games using the transformation!

You may have also noticed a famous monster from The Secret World making a guest appearance in Age of Conan during the event. This was actually a fairly important test for us – we were testing the feasibility of porting monster animations between the two projects and allows us greater flexibility in creating monsters in both games. It doesn’t mean we will directly port creatures between the games, but the animation rigs will allow us to create some pretty interesting new monsters without requiring us to start from scratch.

If you haven’t yet jumped in and tried the Halloween content, it will be running until the 11th of November, so you still have time to try it out.

Work on the tradeskill system has sped up a lot and QA are currently undergoing the ridiculously complex task of testing the system and the thousands of items that it can create.

In the letter today, I wanted to provide an example of how you will be able to use the new system to create an item that you have never seen before in Age of Conan.

In this first picture we have the recipe window open on the left, the resource inventory open on the right and we have selected to the recipe for 1-handed edge, which has opened the actual crafting window in the middle of the screen. 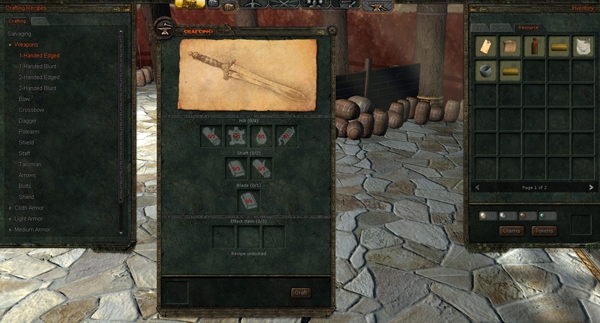 You can see the required components for each part of the weapon (hilt, shaft, blade) and also slots for the effect items. The weapons have a set of base stats, and the effect items allow you to modify those stats.

For example, if you were to slot three dexterity items, your item would have a huge dexterity boost stat. You will be able to mix and match the effect items as you please.

The next image shows our crafting window populated with components. You can see that the item preview has showed up at the bottom.

You’ll also see that a new style window has appeared. Styles allow you to choose the visual look of the weapon that you want to create. In this case we have chosen the 1HE Pictish FishSpine sword. 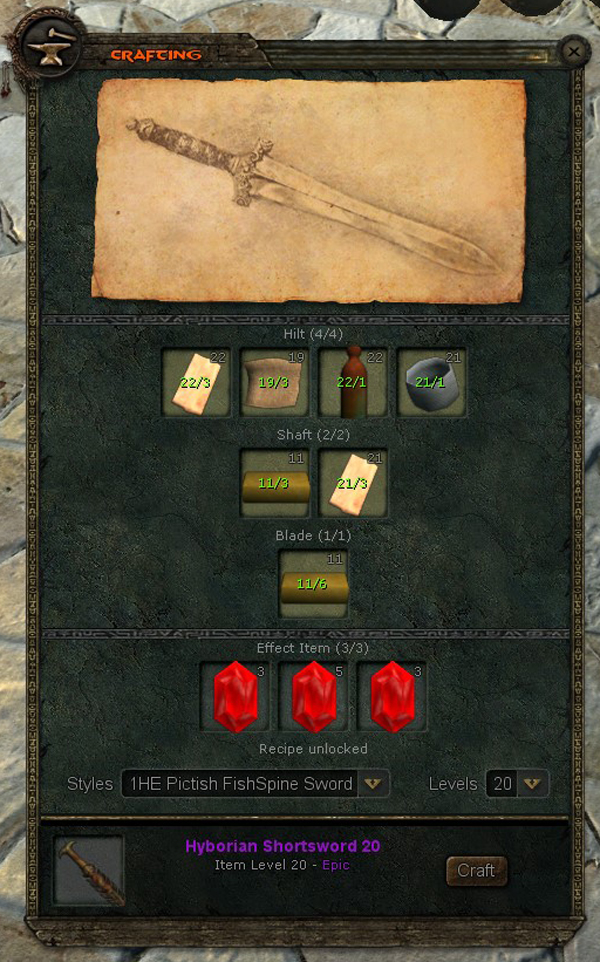 That completes our weapon and then we hit craft to complete the item. Visuals are collected throughout the game, learned by completing certain missions and completing certain achievements. We have the possibility to add rare visuals as dungeon/raid drops and we can also add custom skins to the store.

It’s important to note that in this example we have crafted an epic level 20 item which is something that has not been possible in the game before. Naturally we expect that most people will be interested in the crafting at max level – and the crafting system will provide us with a lot of ways to expand and increase the loot potential of the game.

Salvaging, which is an important part of the system, will make even the most underused dungeon loot drops useful again. For those of you who choose to play primarily in PvP, we are looking into a solution that will allow you to purchase materials and/or items that can be salvaged for equivalent materials to the PvE drops.

We are working towards releasing a build containing the tradeskill system to the testlive servers quite soon.

Unchained PvP progresses, but there is still a lot of balance work and testing to be done. The systems team is focused on tradeskills currently, and will transition to the Unchained PvP system as they finish up their tasks there.

The Unchained Dungeons are on testlive, and we have also released the loot tables there. Due to your feedback about drops in similar types of content we are currently tweaking the rewards from doing these dungeons.

Pop in to the testlive forums to provide feedback. We should be releasing the Unchained Dungeons  to live very soon.

Our content designers are juggling a few balls and switching back and forth between various designs as resources become available.

To provide an example, Palace of Cetriss is currently in the stage where the World Design of the dungeon is being done. The content designers cannot currently work on that, so they are working on the 6-man dungeon The Slithering Chaos. When the Achievements and Lore UI is done, we will also allocate resources to populating the world with achievements and lore. And the PvP mini game that was promised will receive some attention as soon as we seen the Unchained PvP coming together.

That’s it for me this month,