Share on:
Home
News
Greetings from the Game Director:... 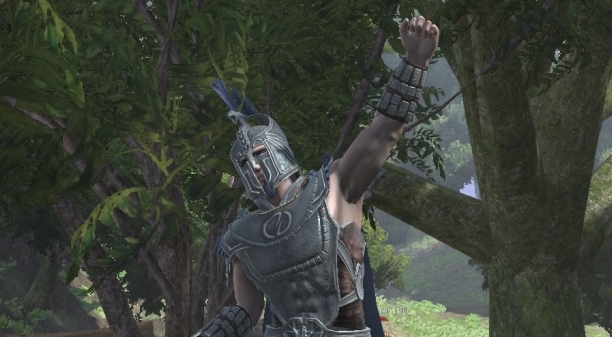 My name is Romain Amiel, but you may know already know me as Tilty. I'm the "new" Game Director for Age of Conan, stepping in for Matt.

I'm actually not that new to the project, I was one of the Gameplay Designers of AoC starting in 2007 when I first joined the team. Back then I worked on the content for the 1 to 20 level range, I particularly enjoyed setting up the events happening in the Volcano, or creating the city life in Old Tarantia. Soon after launch I worked on the Treasury of the Ancients and revamped Black Castle, before moving to Ymir's Pass where Joel and I spent a few months designing and implementing the zone. During that time one of my fondest memories was working on the associated dungeon, the Amphitheatre of Karutonia. They asked for an epic looking fight involving the Frost Father, and they got it!

I then moved on to Rise of the Godslayer where I worked on the monster population of the playfields, establishing their behaviors in and outside of combat. Being a fan of grouping in any MMO myself, a large part of my focus during that time was also spent designing the 12 expansion dungeons, going from traditional to... more unusual. An interesting bit of trivia: I was asked to design a dungeon that made use of our emote system, and this is how the Celestial Necropolis came to be. This was a really interesting challenge which raised several new issues for us to consider. We needed to create a new language as part of the fight that allowed the player to quickly understand what emote to use and when. We then had to make sure that player learned and understood that language prior to engaging the boss for the first time. And of course we  needed to make sure that everything still made sense within the rules of the Conan universe.  It may have ended up being somewhat a polarizing dungeon, but given the "theme" set on this dungeon, I think it turned out pretty cool!

While we're on the subject of controversy, I'm also the guy "responsible" for the Enigmata of Yag! This was intended to be the last and hardest dungeon of RotGS and I was challenged to write a design that was like nothing that was ever done before, in a most unique location...  simple! I started with the idea that the players would actually not be fighting the boss. The design evolved from there to keep things interesting and get all players constantly engaged. This may have ended up with a few curses thrown my way (with a keyboard or two...) during some of the internal playtests... but it was all worth it!

And that is it for my introduction, I'm still in the process of catching up with the status of the game and figuring out the plans for the future. Once everything is sorted out I'll get into more details about what we have planned for 2016 in AoC, but in the meantime I'll leave it to Andy/Odonoptera to give us all a recap of what 2015 brought to the game!

Talk to you guys soon!