Share on:
Home
News
Letter from the Game Director 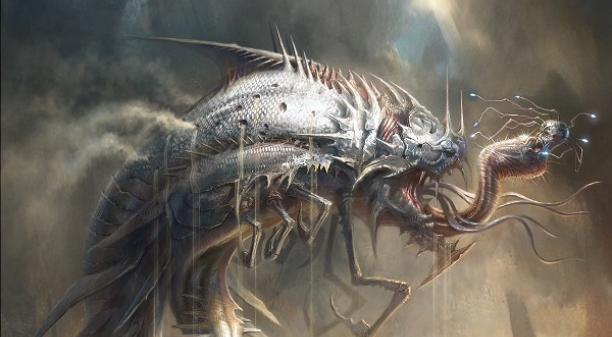 Letter from the Game Director

It took me a bit longer than anticipated to give you that long awaited update regarding the content updates of AoC for 2016, so let's not waste any more time and dive right into it.

We have spent the last few months working out the kinks on a brand new PvE and PvP feature, the Pit Master's Arena.  We're excited to release this feature today!

Inside the arena, you will get to test your fighting skills against one boss monster or against another player while a live crowd is watching you.  Make it bloody to entertain your audience!

You will be able to access this new underground battle ring from the Field of the Dead.  Once inside, talk to one of the arena masters to join a game.  This will book you a spot in the arena.  When your turn is up, you will be automatically teleported to the center of the arena and the next three minutes will be yours to defeat your opponent.

The Gladiator (PvE) Queue will let you fight off a full size version of the pets you have collected.  The rarity level of the pet defines the rank of the encounter and its difficulty.

The Pit Fighter (PvP) queue will let you face another player in 1v1, to the death, combat.

There are two versions of the Pit Master's Arena: A smaller scale version in which you can practice against the most common "monster-pets" without having to wait as long for your turn, and a larger scale version where you're able to PvP or fight more dangerous monster-pets to advance through the higher faction ranks.

The public version is instanced and is currently capped at 30 players to ensure a good flow of fights and prevent queues from being too long.  You can navigate through different instances using instance selection near the area's entrance.

The battle arena also introduces two new factions, The Gladiators for PvE and the Pit Fighters for PvP.  Each faction offers a range of new rewards including pets, runes, equipment, and even some exotic faction-specific mounts! 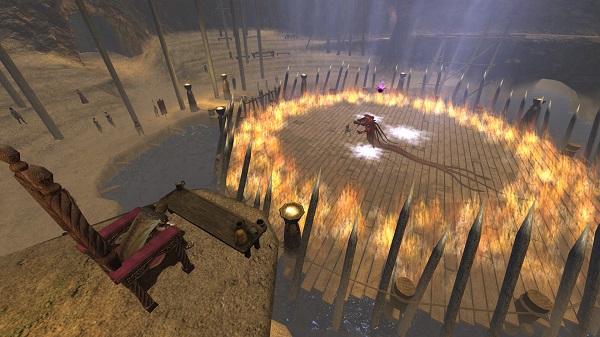 And now that the Pit Master's Arena is live, let's have a look at some of the other content updates coming up next.

We will be merging the Rage server to Fury in one month from today.  Andy will have more information about the details of that merge in a different post.

The Raid Finder is shaping up nicely and will be available early this summer, with a testable version coming to Testlive in May.  The system is designed to engage everyone into participating in raids.

The raids available will rotate each week and will include at first the following raid dungeons:

Each raid in the raid finder is balanced for 24 players.  You will be able to join these raids on your own or in a premade group.  On top of some basic loot received from each boss kill, everyone in the raid will receive personal rewards for the completion of the raid itself.  Those rewards will be very valuable for both casual and hardcore players.  I'll get into more details regarding this when we get closer to the summer.

With the launch of the raid finder, we also have big plans to improve the current Free-to-Play model of Age of Conan.  The goal is to have content in the game be more easily accessible to all players, so we're looking into removing the more artificial gates (like removing the Premium requirements for accessing certain playfields).  We will instead be offering better and stronger incentives to subscribe if you choose to.  I'll keep you updated once we have worked out all the details, but if you're interested, feel free to check out the recent changes we made to the Membership offer in The Secret World.  We'll want to do something similar that fits AoC.

In the meantime, we have also made several improvements to the in-game store.  Several items have been consolidated, and other items like the caches are now offering more valuable rewards.  The front end of the store is getting revamped as well to be easier to navigate.  We expect these changes to go live within a month.

By popular forum demand, we will also be re-enabling the Silver Atrium quest chain as part of the same update.  Those of you who missed out on this event  and its rewards will get another chance!

In other news, after looking at what had been done regarding the long promised Crafting Revamp, I've decided to shelf that feature for now.  I don't want to keep you guys hanging on the hope of getting that feature completed soon, and I'd rather be completely honest with everyone.  The current state of the revamp internally is that it still needs a lot of work, and the current implementation has undesireable effects on other features.  I think in the time it would take to finish it up, make the system acceptable, and properly integrate it to other game features, the team would be able to produce better, bloodier, brand-new content.  That said, there are also plenty of other things we can do in the meantime to improve the current crafting system.

And now for better news, we've also dug up the Slithering Chaos, which had been put on ice a while back due to some animation issues.  We have (finally!) sorted out those issues, and we'll be finishing up the dungeon next.  It still requires some work to improve the visual feedback on the fights, some more balance testing, and a new set of rewards.  We'll be putting the finishing touches on the dungeon and we should be able to release it soon after the Raid Finder update.  I also dug up some really cool concepts for the Avatar of Yig, which you will meet in this new instance: I hope you guys enjoy the Pit Master's Arena, and I wish you good luck practicing for the upcoming tournament! More on that soon(tm)!