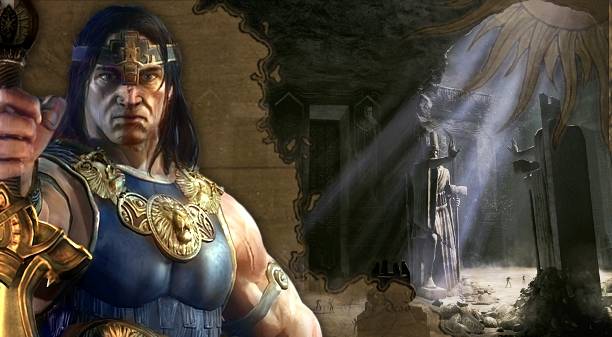 This month the letter comes a little earlier in the month, due to the holidays and so that we could take the chance to follow up on the schedule, as well as answer some of the questions off the back of last month's update.

Firstly, many thanks to those playing on the US servers for their patience while we ironed out the kinks in the new technical infrastructure. There were definitely a few more issues than we would have liked with the update, and we have credited all premium customers with a week of extra game-time to compensate for the extra down-time we incurred during this period. We truly appreciate your patience and support. These technical updates are always a touch risky, comes with the territory of pushing the technology platform of the game forward, and your support is a very important part of that. The team have worked night and day on these updates and are looking forward to letting you all see the benefits of the new infrastructure with the updates in the new year.

The stars have finally aligned, and the moon is in the right celestial spot. House of Crom finally has a provisional launch date! While this dungeon has had a very storied development process that spans back over three years, the current team have done an awesome job in picking it off the shelf, dusting it off, and injecting a whole new life into the dungeon.

The House of Crom update is now scheduled to go live on January 11th and 12th. As always, that is pending some final testing, but things are shaping up very nicely now. I think you will find some fantastically diverse game-play in there, and the art team have again outdone themselves, in particular taking advantage of the new lighting tools that came with the infrastructure update. They have been kind enough to put together a set of great new screenshots for us of the dungeon as well, just to whet your appetite for what is to come! 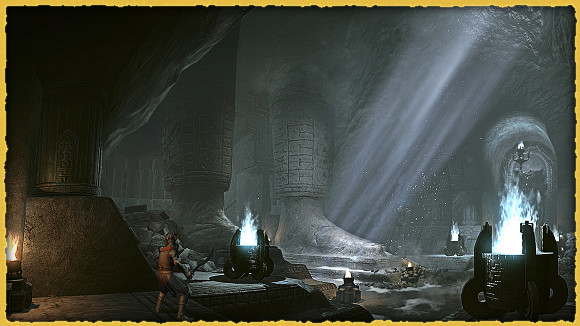 House of Crom will be available for public testing over the holiday period, so feel free to drop by and check it out yourself!

The winter seasonal event returns! You can adventure out on two solo quests and one quest for groups. The quests will take you to the feasting grounds of the Aesir and through many regions of Cimmeria to find and gather various Aesir warriors to prepare the attack against Gymir Bloodbeard and his Vanir raiders.

As with all seasonal events, there are some great, brand new, fun seasonal items to acquire during the time of the bloody solstice. There are four social items to get your hands on this time: the Aesir Snowcatcher hat; a Pillaged Vanir Hauberk chestpiece; a Wooden Tankard handheld item to give a proper toast to allies and enemies during any festivity; and those adventurers who dare take on the group encounter can get the fantastic looking Cloak of Bloodbeard himself. Explore a little more and there are even more items to get like Asgardian Stout consumables or fireworks, just to name a few.

One of the parts of last month's letter that was only mentioned briefly elicited a few questions on the forums and the social media channels, asking for some more information on what the status is of the new open world PVP bosses. Some worry that they will feel too much like PVE, and some worry they may fall foul of some of the gamesmanship that befell the Shrines content when it was launched.

Those are obviously concerns we shared, and avoiding them has actually led us to some fairly important 'cornerstones' of the design process on this content. While the final details aren't set yet, and it is too early to reveal all the final format decisions (because they are still in progress, and won't be finalised until early in the new year!), we did want to cover the design approach, and reassure PVP fans that this content won't be the proverbial PVE sheep trying to pass in PVP wolf's clothing!

When we decided to try once more to introduce more open world, one of the most important aspects was addressing what didn't work out with the last attempt, when we rolled out the Shrines content in the Border Kingdom. Assessing this, hand in hand with reading through the types of suggestions players have made on the forums for more 'open world' PVP content, we started to formulate some firm ideas and suggestions on how to address it better this time around.

This led us to assess two real major areas where we failed last time out:

The Time Factor - One of the primary failings of the Shrines stemmed from its constant availability. While we had hoped this would lead to more available PVP overall, what we saw was that it gave players a very easy way to avoid conflict, simply by organising their time and taking advantage of off peak times to progress. So one of the key factors in the design of the new open world PVP bosses is the concept of windows and spawn times. This will be very focused content, designed to maximise participation (which will also rely on reward of course, everyone needs some motivation!), and also ties into the next factor....

The Faction Factor - The other area that was missing was any form of 'forced factional' divide. Something to ensure that there was conflict. Last time we had hoped that guilds would fill this role, and the conflict would spread on a guild vs. guild level. Given that that didn't pan out, this time around we are looking to better utilise some form of conflict that we will create for the purposes of this content (and possibly beyond). The final details aren't set here, but you can expect to see the introduction of some form of PVP relevant 'sides', so that we can create some tension and conflict.

So with these two cornerstones established we are currently working on the details and how to integrate that into the design, and hopefully focus the PVP activity around this concept, and also, with a little luck, expand beyond it. If we can find the right way to make a 'factional' approach work in context of the game, we may be able to expand upon the open world PVP options beyond the Border Kingdoms...but that's a subject all of its own that will require a little more time (and which we are sure will generate some discussion).

Next, another follow up to the previous letter... In terms of adding new mini-games: Yes, we can confirm that we do intend to add at least one new mini-game next year, in some form, and maybe more if time and resources allow. We are currently discussing wrapping a new mini-game into the next adventure pack following a steady stream of support for such on the forums.

Lastly, in keeping with the season of giving, we also wanted to extend a seasonal gift to all our players. If you log into the store during the holiday season you will be able to claim a great potion package.

Make sure you visit and collect this seasonal gift! Many thanks for your support over this year.

2011 has been a very exciting year for Age of Conan. With the launch of Unchained, the success of the Savage Coast of Turan, more great content, and lots of new players, we are really looking forward to an exciting 2012, starting with House of Crom, new raids, new PVP content and much more beyond. So for now enjoy whatever holidays you may celebrate, and enjoy the festivities. May we all raise a glass to Hyboria!

See you on the battlefield in a new year!