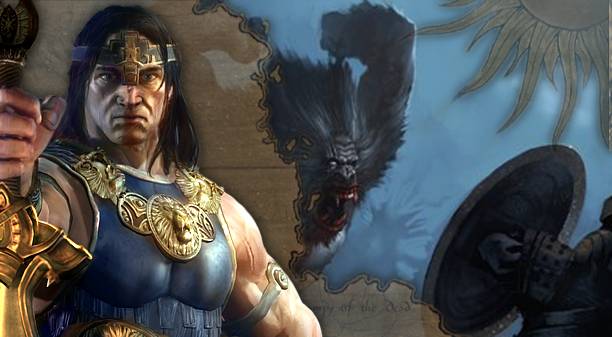 This month's letter will try and cover all the bases, and give you all a status update on wherethe various projects stand in terms of status. The team is working on quite a varied set of different goals and targets, some short term and about to see the light of day, some a little further out.

As always with these top level updates, things are still subject to change.

The idea here is to be open with the schedule, and let everyone know what we are trying to accomplish and some of the cool things that the team is working on. The flip side of that, of course, is that some things will slip, change, morph, take on a life of their own, or simply walk away. Plans change, and these plans will undoubtedly change to some degree.

System Updates and Improving the game

The bulk of the core work being done at the moment relates to the system updates, and the systems teamis working away furiously with the coders to get these updates up and running. These include the various class changes, the new spec system, the changes to the sprint and stamina usage. Further out is the revampof the stealth system, which will most likely come after summer, given that the work on the class improvements is our priority.

In terms of the new feat spec system, we can confirm that the current intention is for it to be a multi-spec system, but it will have limits. So you will have options for more than two specs, but it will not be limitless. This will be a premium only feature. There will most likely be options for free players topurchase additional specs, as well as for premium players to expand beyond the base amount.

Class updates wise, the Priest of Mitra changes are currently on the test server and imminent, and the team is hard at work on the Tempest of Set. The bear Shaman will then get a slightly shorter focus (as the team feels the class is fairly solid as it is) to wrap up the Priest classes, before moving on to the mages, with the Necromancer and Herald of Xotli at the top of the agenda.

Next month's update will talk in more detail about the specifics of all of these systems changes as we prepare them for public testing.  Some these changes will have significant impact on the PvP side of things as well, so we will be asking for all of your feedback during the testing.

The tradeskill update continues internally, and we have expanded the team to include a new actionscript coder that will allow us to make all the GUI magic that is required work out. If you want more details on the specifics of this revamp, make sure you check out last month's letter.

With all of these system updates, we actually don't have a specific schedule slot set in stone. These may all end up close together or a little spread out over the summer. So it's important to note that we haven't actually decided upon the order in which these things will appear over the summer months. Some will come sooner than we might think today, some will come towards the end of the window.

We will make sure that everyone knows as soon as it is ready for the public test server, as your feedback will be vital when we go through the public testing phase.

While the system updates are the priority for this first part of the year, we have not been neglecting the content.

The new Jade Citadel raid encounters are going live very soon (or indeed may even already be live depending on when the update goes live).

Then we have the new version of the scaling instances. The conversion of the three instanced areas, Dead Man's Hand, The Forgotten City and The Breach are now pretty much done internally, and after some public testing will be coming to the live servers relatively soon. As mentioned last time out, Dead Man's Hand and The Forgotten City will now have max level versions, with rewards akin to those in the Refuge, and the new version of The Breach has been repurposed to also provide a max level team version.

We also hope to wedge an additional free content update in before the adventure pack launches ... Speaking of which ...

The Next Adventure Pack

We are currently planning for the new Adventure pack to come towards the end of 2012. This means that we will most likely be revealing the location and setting relatively soon. As with the Savage Coast of Turan, this will add another similar sized location with another set of new instances, with one slight difference this time around ...

We can also confirm that we decided that we will incorporate new PvP content into or around the adventure pack. We were initially a little hesitant to include new PvP mini-games into a paid content update, and we still haven't decided whether the new area will come as part of the adventure pack, or simply around the same time, and contextually linked to the new content. We want to ensure that the content is accessible, which is why we have wanted to keep PvP areas as part of the main game and not be gated content, therefore we shall make a final call during testing.

So with new mini-game content on the way, what about other possible forms of PVP?

What happened to the world bosses?

Back to the drawing board pretty much. The more we looked at it, and the more we considered what the PvP community was saying, we decided that maybe it was a touch too ambitious, or rather it would require too many auxiliary systems alongside it that would end up feeling a bit forced, just to make these world bosses work. It would also have ended up far more code intensive than we had scheduled for this period.

Some of the concepts that we had to consider to try and make the original idea work didspawn some pretty good starting points for future PvP systems additions, however. If we want there to be meaningful and engaging outdoor content, some form of faction / affiliation system is going to be essential. This was the same thought as for the world bosses, however what we realized is that this subject should be taken as its own development objective, rather than having some paired down version just to make the world bosses work.

This means that once we are done with the tradeskill update later in the summer, a working faction / affiliation system of some kind will be on our agenda. It is simply not possible to start on it right now, while we have one major revamp already in the works, but it is then something we want to seriously consider as the next major system addition, as it will then in turn open up a lot of possibilities for more open world objectives and goals to be introduced. Which may well include looking at the world bosses again.

Rather than give up on open world objectives, we want to start to look at the core infrastructure that might facilitate the deployment of better, more meaningful, longer term PvP in the future. If we can start to lay the groundwork and make the supporting systems, we can work towards having a lot more variety of options for PvP content next year.

The single server technology is developed by our Dreamworld technology team and will debut in the summer release of The Secret World. After that, the central code will be worked on to see how exactly we use it for Age of Conan. The infrastructure work, database upgrades, and the data center moves have all set the foundation for being able to explore the specifics of this technology later in the year.

This technology opens a lot of options, and we haven't decided exactly how it will be best implemented in Age of Conan. We will have the advantage of seeing how the deployment in The Secret World works out, and being able to apply some of those lessons when we start to use it to power Hyboria as well.

We will also be talking to all of you out there about it, and seeing how players feel about the various options. This will most likely be the main subject of our summer surveys this year given how radically we could change the experience with this technology. It is one of those things that could be implemented in a way that you don't even notice, or it could be deployed to make things work in ways that is not typical for MMO games (like potentially allowing players to define their own communities, or even, at the furthest fringes of what's possible, defining their own rulesets!)

This is probably the most complex possible change on the slate for 2012, and we will have to balance what we could do, with what we can do, and what we should do in terms of what is right for the game, and the community.

The team is really busy at the moment, with quite a wide scope. We have preferred to challenge ourselves and try and make these systems changes alongside the content because we see the game, and the world, being around for many years to come, and we want to ensure that we have the possibility to also add great new reasons to play, new systems and new options, not just new content and dungeons alone. Now that we know we can produce content smoothly, the next ambition is to expand these types of options that will hopefully allows us to expand upon the community and make Hyboria an even more dynamic world in which to live in the future.