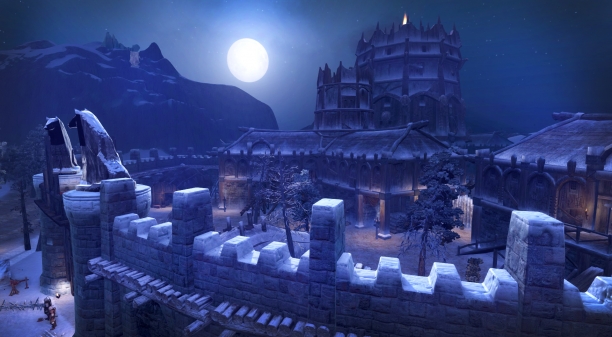 Hi folks, this is sezmra checking in to give you all an update on what has been going on in Age of Conan lately and what you can look forward to in the near future.

Age of Conan celebrates its seventh anniversary later this month, and our team wants to make it a memorable one! We are introducing brand new Membership deals and will hold an anniversary celebration with great bonuses along with all new content.

The massive world of Hyboria still has many more places for you to explore. The upcoming anniversary is a great opportunity to make a new area accessible.  We want to include something more along the lines of an expanded, permanent version of recent Halloween or anniversary events.  A small group dungeon for one to three players, spanning several instances, sounds like lots of fun!  Lead designer Matthew “CirithGorgor” Bennett gave me the rundown of what to expect from this awesome new content!

A formidable group of Vanir, under the command of mighty Thegn Heimdall, has been sighted gathering near the Cimmerian border.  Could they be assembling to ready themselves in order to invade?  Scouts have reported that this indeed could be the case!  Others have borne witness to an Asgardian warrior clan as it ventures South with unknown intentions.  Dangerous forces are on the move, what threats will they pose?

In the new main quest line, The Shadow of Vanaheim, players will aid in the defense of Cimmeria and travel North, venturing into the Blue Mountains to eventually descend into the harsh, snowy tundra of Vanaheim itself.  Will you succeed in stopping Heimdall's looming invasion force?  What are his motives for such a hostile move, and what are the intentions of the Aesir's mysterious arrival?   Uncover these secrets in a new story line with four locations to revisit or explore!

We're proud to introduce new areas for you to explore.  The untamed Blue Mountains and all the perils that the mountains harbor await you!  Players will also make their very first steps into Vanaheim at Fort Storisbjorn, the frozen stronghold of Heimdall.  I'm excited to see what fascinating dangers adventurers must brave in these new areas!

Of course, we've got side quests to go along with the main story quest.  In fact, we have quite a few!  We want to maximize the experience with these side quests; we've designed it so they are set to change daily.  We've also put a system into place to ensure that the combination of these quests are maximized so that we create as many unique play-throughs as possible.

That's enough hints about the story, I don't want to give it all away!  Let's talk about how your efforts will be rewarded!  We'll be introducing a new type of mount, the bear mount.  I don't know about you, but I'm a big fan of bears.  The vision of charging into battle atop a raging bear mount is going to be pretty astonishing!  That's not all though, a new faction is available to players and will offer vanity rewards, epic quality gear, and a new source for rare trophies.

This year's celebratory content is going to be epic, so don't miss out on it!  This new story line will be available to characters at level 20, scaling up to level 80.  Our plan is for this new content to be a good source of XP for characters that are currently leveling.  The max level characters will also benefit from the range of gear which will complement existing gear from other areas of the game.

We've got something for everyone during the anniversary!  Happy Birthday Hyboria, here's to another year of thrilling adventures!