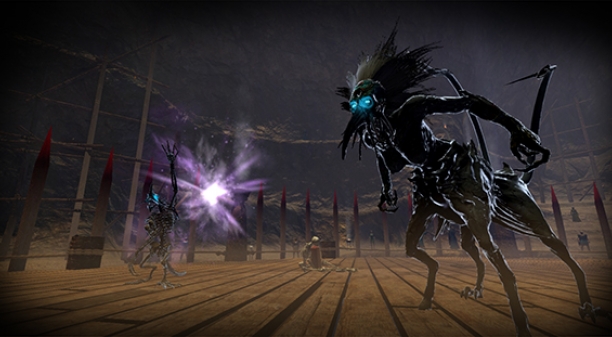 I’m Community Manager Odonoptera, and I’m here to give you the latest scoop for Age of Conan’s ongoing development.  The developers are hard at work on some brand-new features, so let’s get to talking about them!

Many of you have asked about our planned Raid Finder system that will allow players to queue up for raid encounters, and potentially access content that they otherwise may not have had a chance to see.  The aim of this system is to allow players of all backgrounds to be able to enjoy challenging content, so first and foremost:  There will not be gear requirements to utilize the Raid Finder!

This system will select a single raid instance per week, and players who use the Raid Finder will be sent to that location.  The Instance that the Raid Finder chooses will also rotate each week in order to keep things fresh.  Additionally, players completing encounters with this system will receive their loot on a personal basis, meaning each participant will have their rewards delivered directly to their inventory!  Encounter difficulty and rewards will be scaled to accommodate this new level of accessibility, and we have plans to even give a little extra “oomph” to your team if you’re stuck on a particularly difficult encounter.

Stay tuned for more details as they become available in the future!

In addition to expanded raiding functionality, we are also actively working on a set of solo arena-style encounters for those seeking a challenge on a different scale. This new system is intended to provide a variety of boss encounter scenarios that will be associated with the pet and companion system!  This means that encounter types, difficulty, and complexity may vary depending on which companion you have active. 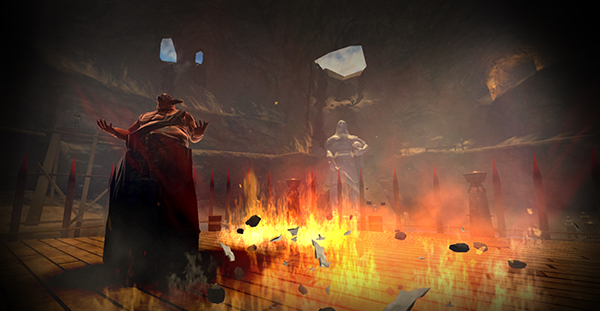 Some encounters may be familiar to seasoned veterans (except they’re, well, solo encounters) and some may surprise even the most battle-hardened of Hyboria.  These arenas will also have a PvP facet to them, and we’ll have more on that next time!

Finally, we’re going to have a new set of subscription offers ready in time for the holidays.  We can’t give too much away right now, but we’re working to make sure there’s something for everybody this time around.  We may even include a new pet companion. . .I wonder what it’ll do in the Arenas?

That’s about it for this month, folks.  We can’t wait to show off more next time around.  Cheers ‘til then!