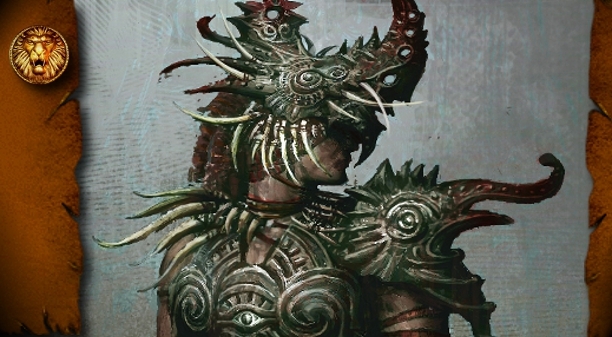 This month we are, as promised, going to take a more in-depth look at the schedule now that the team have had the chance to go over things after the changes over the summer. There is a lot of new content and updates in the pipeline, so we have been hard at work figuring out the dependencies and getting things in order, so that we can start pushing all of it out over the next six months. It's going to be a busy period of content delivery!

As always, important to stress up front that we are sure that some of this will change. It always does when we give such long term plans. So expect some things to shift around, or maybe even the order in which things appear to potentially change. Stuff happens, plans change, but we also want to give you all as much visibility on what we are working on as is possible.

So, that said, let's look at the schedule again, and talk about what order things will come in.

There will be an update coming up in the near future which offers a brand new Unchained version of the Amphitheatre of Karutonia for max level players, complete with new rewards. In this update we have also squeezed in the new shareable feat builds, and a bunch of tweaks for the Conqueror and Bear Shaman.

Embarking on a new journey

Then comes the start of the exciting new game-play region as players will get to start to explore The Secrets of the Dragon's Spine. This new set of content additions, which will be free to premium players, will be released in stages over the end of this year, and the first quarter on next year. This will first involve the opening up of the huge Dragon Spine outdoor area for 80+ players.

The outdoor area is a massive new questing zone, and will also come with the first of the new group dungeons, The Sepulcher of the Wyrm. Some of you will have seen a great sneak peek of the dungeon in the recent devcast stream with MMORPG.com, and will be a great addition to the maximum level content.

This is also the update will also include the release of the trade-skill revamp. There are now significant changes to the systems since we updated things a couple of letters ago. The systems team are now working on the implementation and making all the items required to pull the new system together for the live servers. We are really looking forward to getting the revamp live, as it will add a whole new dimension to the depth of our itemisation, and add a layer of interesting experimentation for players.

That is not the only system and loot centric update that will be done for that update. We will also be introducing set-bonuses for armor in this update. This is a new addition for the game, and will bring new stat bonuses to play when entire armor sets are worn at the same time. These bonuses will be available on new armor sets introduced with this content, but will not initially impact existing armor sets. However we may however decide to go back and add bonuses to some existing sets in the future.

So hopefully that's a lot to cram in before the end of the year!

After that, and wedged between the Dragon's Spine updates, we will also have new revamped and unchained versions of some of the old world dungeons. With the Caravan Raiders Hideout, the Halls of Eternal Frost and the Scorpion caves getting complete revamps and new modes. We want to keep up on our intention to also work on these original old world areas as well, so these updates are part of that endeavour, and will pave the way for more revamps later in the year as well.

The epic conclusion for Dragon's Spine

Then we will have the final installments of the Dragon's Spine content. This will involve the imposing Palace of Cetriss, which will be home to a new 3.5 tier raid, and a brand new PvP mini-game. This will both cap off the Dragon's Spine storyline and provide a breath of fresh air to the mini-game PvP with a new map to enjoy your slaying on.

All of this content will be provided as completely free game updates for premium players. There will also be a selection of vanity armors themed to the location and cultures influencing Dragon's Spine that will be available in the in-game store, in the same way we did with the Savage Coast and movie armors last year. This will most likely be our future strategy for the game, with the content coming regularly and for free, with optional vanity and luxury items being available in the store for those who wish to enhance their Hyborian lives with some optional extras.

Then we have a bunch of stuff that we simply can't slide into the schedule at the moment, but will move in there once the resources and timing line up correctly. Some of this is bandwidth on our code team's time. This means we largely have to focus on one feature at a time, get them done, polished, and released as smoothly as possible, before moving on to the next. So right now that is focused on the trade-skill update and the various GUI updates required for the Dragon's Spine update. After that is done we will again assess which of the things off this list of 'to-dos' is best done first.

The most prominent of these is of course the single server technology, and this, as mentioned before, will be done in stages over the next year. We don't have a specific eta on the next stage just yet, but we probably be able to narrow things down a lot more once the first Dragon's Spine updates are done and dusted and the trade-skill revamp is out in the wild!

We also want to continue on revamping those systems we feel really need an update or modernisation. Now that we have done and released the new and improved sprint system, and are in progress with the trade-skill revamp, we will then look to consider two areas as 'next on the list'. First up there is the Siege system, and then, a little lower on the priority the stealth systems. We definitely want to look at those areas, but haven't started yet, and won't until the existing revamps and tech work is done, but for now, those are the two systems that most stand out to us as needing attention when we come to focus on the next set of revamps. We would also love to hear if you agree or disagree, is there another existing game system that you feel would be more deserving of some re-working?

The plan is then to continue with a combination of new playable areas (as with Turan and Dragon's Spine) and combine that with revamps and unchained versions of the older areas in order to keep them relevant and interesting as the game continues to mature. We want to try and avoid the situation where there is great, fun, content not being used because the meta-game of progression and expansion has moved on. Therefore we will be working on both areas moving forward, which means a ton of new free game updates coming down the pipeline.

That is it for this month. With the new schedules in place and a lot to deliver over these coming months we are really looking forward to sharing it with you all.