Share on:
Home
News
Rise of the Godslayer- Features Overview 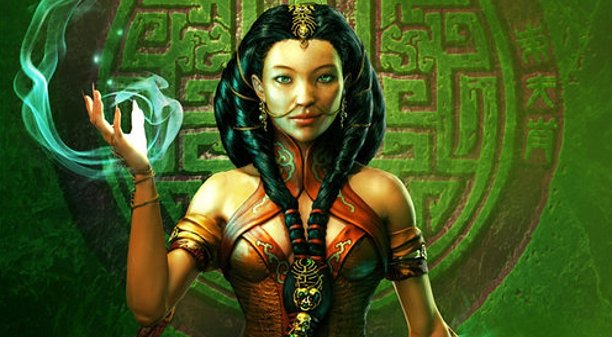 Rise of the Godslayer- Features Overview

Explore the whole new land of Khitai in Rise of the Godslayer - the first expansion pack for Age of Conan.

The eastern empire of Khitai!

Explore many new world regions such as Northern Grasslands, Chosain Province, and Gateway to Khitai. This new land offers ample opportunities to explore vast landscapes such as mountains, jungles, plains, and even some areas that defy all laws of nature.

An all-new faction system has been introduced, allowing players to join one of many warring factions in Khitai. Take on jobs for them, rise in their ranks and collect the rewards. And maybe you will betray them in the end as you swear allegiance to their enemies?

Ride the Tiger and the Wolf!

Acquire the Wolf and the Tiger, two new mounts available in the expansion! But that is not an easy task, for you must train them and nurture them as they grow from being a cub and into being a powerful battle companion.

You can now start out as a Khitan and head straight to Khitai after your time on Tortage Island is over. Experience content across several level ranges, and unlock a vast number of fantastic new armor pieces, incredible weapons, and numerous other exclusive rewards.

Khitai is the mysterious land to the East. It is the home of powerful sorceries, ancient mysteries and an empire that is slowly spiraling into darkness. And at the heart of the empire, Yah Chieng, the powerful God-Emperor explores a power out of time and space.

The Khitans are people who have merged into a homogeneous race over the centuries. Some regional variation exists, but the distinctions are almost invisible to Westerners. The ruling class tends to be slightly taller and have the alien caste to their features that identifies them as having some proto-stygian blood somewhere in their past.

The Khitan’s behavior is wrapped in complex ceremonies. Each member of the Khitan society has a place in the structure and codes of behavior, which must be followed. These codes do not prevent personal initiative. The Khitans believe that those who best obey the codes will be rewarded by the gods. From this, they deduce that "the winner was right," and this success-oriented approach gives them a penchant for treachery and double-dealing, which would cause a Hyborian noble to blanch.

* Note that you cannot have more than 100 of any type of point at any time.

Alternate Advancement Feats and Perks can be purchased in two different ways:

There are three different types of borders for Feats and Perks that signify the following:

There are two new GUI tabs available and a new GUI element – the Perk Bar:

Once you have purchased a Perk, it must be equipped to the Perk Bar to gain the bonuses:

More about the Alternate Advancement System can also be found here.

The expansion introduces ten new interactive factions and two secret interactive factions. You can join, work or betray factions in an ever-changing political climate. Depending on which factions you choose to align with, other factions may come hostile or friendly. Different factions also provide quests and new lines of gameplay. Completing quests with specific factions will allow you to rise within the ranks of the faction. A new graphical user interface helps track your standings and progress with each faction. As you rise in rank, each faction will also offer a series of new tier armors found on a vendor with the faction representatives.

A list of the different factions including additional information can be found here.

The new wolf mount can only be attained through a series of quests in which the wolf will grow with each completed quest. You must prove yourself to the pack in order to fully command a wolf from a cub to a fullygrown wolf. This will take some time and effort in order to train your wolf before it's strong enough to either be used as a damage pet or mount.

The Wolf mount comes with a special ability, that snares any enemy in the vicinity of the player, dismounts them if they were on a mount other than a wolf mount and makes enemies visible that were in stealth mode. Additionally, the wolf mount has the longest endurance of any mount in the game.

The tiger, known to the Vendhyans as the Vaaghasan, is closely linked to the Tamarin’s Tiger faction. To be eligible to ride the tiger, a player must become a member of the Tamarin's Tigers. You will also have to complete a series of tasks in order to show your worth for such a companion. Once completed, you will be given a tiger cub that you must help train into the predator they were always meant to be.

Tamarin will be the judge to see if the bond is strong enough that the Vaaghasan will consent the beast for riding. But first, there is a matter of the saddler for the Tiger that must be assembled by the one who wishes to ride it. You may also choose to keep the tiger as a damage pet or full mount. If you choose to mount the tiger, you will be given the ability to stealth around playfields without being seen. Additionally, the tiger mount holds the fastest sprint speed in the game.

More information on the Wolf and the Tiger can be found here.