Today three dungeons, The Halls of Eternal Frost, The Scorpion Cave and The Caravan Raiders Hideout, from Age of Conan's launch have received a major overhaul with all new Unchained modes and also an extension to the available loot for both end game dungeoneers and raiders.

The Stygian necromancer Un-Nefer  has returned to the Halls of Eternal Frost and attempts to bring his soul back to the land of the living and along with it hidden horrors from the old Acheronian Empire.

In the Scorpion Caves of the Kheshattan desert some being is transforming the aggressive scorpions that roam the sands into something else far more abominable.

In the hills above Thoth-Amon's tower in Kheshatta risen Acheronian's lust for blood and attempt to complete an ancient blood rite which could see something even more hideous find its way to Hyboria.

A new mastery quest rewards the finest heroes of Hyboria for completing the full tier of Unchained dungeons with a chance at some of the finest dungeon loot in the game.

Meanwhile Alanza and the Stygian Excavator's have uncovered new treasures all the way across Hyboria from the House of Crom to the shores of Turan; and are willing to share a portion of their findings with adventurers who can help them secure these sites.

There are also rumours of even greater treasures unearthed in the bowls of Erlik's Temple in Ardashir. 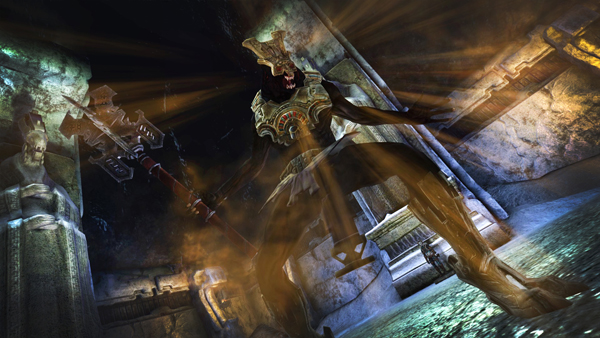