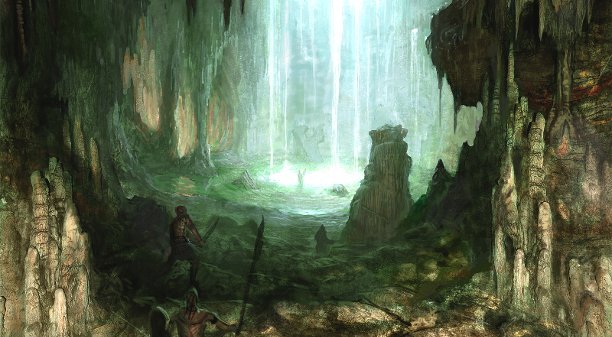 This update introduces several brand new high level dungeons to the Hyborian world such as ‘Xibaluku’, ‘The Slaugherhouse Cellar’, ‘Cradle of Decay’ and also opening up an additional part to the level 80 raid dungeon ‚Black Ring Citadel’. And there is a series of other significant updates to various game mechanics like raid loot options and GUI updates, PvP resources for tradeskills, tweaking of several raid boss encounters and quests.

Headlining the bill in this update is a lot of great new high level content whether you are looking for some solo fun, an engaging group activity or ready to face some new raid challenges!

Thunder River is the location of the new level 80 dungeon instance for small groups. The Acheronians called it ‘Xibaluku’, and the Picts have found the blood magic of the Acheronians and seek to make the power their own. Xibaluku contains up to a dozen boss encounters, some are essential to progress while others are completely optional but all have been designed to try and provide a really dynamic and changing experience in the dungeon. Some of the bosses may even appear with different abilities or in different forms across different visits! 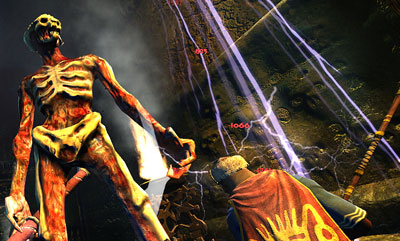 To gain access to Xibaluku players must first dare the brand new solo experience in ‘The Slaughterhouse Cellar’ at level 80 also in the Thunder River playfield. Players will have to go there on their own to look for the mysterious shards made out of an unknown metal, which can only be found in the cellar. But the ghosts of the fallen haunt this place and make it dangerous for both Picts as well as players.

Raiders will be happy to know there are new challenges for them to test their skills against! The ‘Black Ring Citadel’ Wing 3 raid dungeon instance is now accessible from between the already existing entrances to Wing 1 and Wing 2 and provides level 80 raid-groups with new challenges such as the sorceress Athyr-Bast and the demon Leviathus.

Last but not least: the ‘Cradle of Decay’ is a group instance that offers players around level 43 a brand new place to discover and test their mettle while hunting for experience and loot. All life seems to have been sucked out of this rotten place and the player group will have to stand up against a seductive mistress, a wrathful mother and a horrid master – among other dangers. 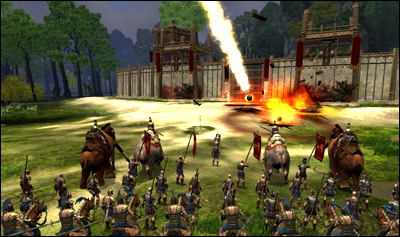 This update sees a massive update to the PVP systems with over fifty improvements, tweaks and additions to PvP Minigames, Massive PvP sieges and the PvP Notoriety system. The key new addition we also introduce a new game mechanic for PvP resources. This new feature will make it necessary to gather special resources in the Border Kingdoms which will be needed to build, repair and maintain battle-keeps. Adding further meaning to the open world PVP experience these new resources can be found in the Cimmerian End of the Border Kingdoms, be warned though any enemy killing you will be able to loot any PVP resources you carry from your corpse!

In the ongoing process to update and improve the many raid boss encounters in the game, this update also features many adjustments to the behaviour of bosses such as Yakhmar, Kyllikki, Vistrix and others.

Together with dozens of tweaks and adjustments to the User Interface, this update also introduces a brand new Master Loot option. This allows group leaders to designate one group member as the Master Looter who will then be in control of loot distribution during a raid. And there are also many additional options for every player to configure a personalized loot distribution during raids and group adventures.

In addition to all the updates mentioned above this update brings many more changes on topics like combat, quests, items, tradeskills, mounts and guild features – just to mention a few.