Share on:
Home
News
Rise of the Godslayer - Faction System 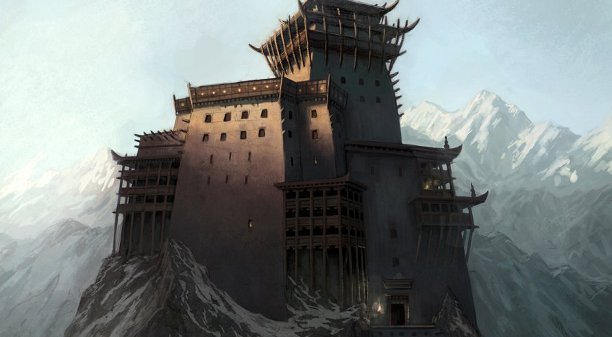 Rise of the Godslayer - Faction System

For the first time ever we will be introducing faction gameplay to the Age of Conan universe in the game’s first expansion Rise of the Godslayer. The expansion introduces a multitude of new factions the players can interact with, providing even more depth and context to the Age of Conan lore and gameplay. Players can join, work for and betray factions in an ever-changing political climate.

There are twelve new factions altogether, two of which remain secret until the player actively seeks them out. Depending on which factions players choose to align themselves with, other factions might become hostile or friendly, providing countless hours of new experiences. All areas of the land of Khitai are inhabited by different factions; some groups choose to stay close to their local region while others roam through the land.

The different factions provide quests and new lines of gameplay, in addition to answer many of the questions regarding the myths and lore of Khitai. All aspects of faction gameplay will have an effect on the chosen path of the player, and players will be able to rise within the ranks of each faction. A new graphical user interface helps you track your standing and progress within each faction.

“By including factions in the expansion we have opened for countless hours of new gameplay, and introduced a diversification from normal gameplay,” says Game Director Craig Morrison. “We have also introduced a system where multiple storylines will cross paths, and your actions will directly influence how the story progresses. There will also be opportunities to seek out secret groups, and the players are encouraged to rise through the ranks of their chosen factions.”

Each of the factions also has vendors attached to them that offer a series of rewards, including multiple sets of brand new armor. As the players progress through the ranks they will gain access to these amazing pieces of armor that identify specifically with the specific factions. Another very exciting result of faction gameplay is the addition of mounts.

These are specific to two of the groups in Khitai, and the player must engage with these factions to earn the right to ride these magnificent beasts. A third and fast mount is left up to the players to discover for themselves. Some factions also have unique social pets on their side, and rising through the ranks gives you the ability to have a companion follow you.

Sometimes when strength of arms or sorcery won’t do, the silent blade is the answer. The God-Emperors of Khitai have known this truth for centuries and they have often had cause to use the services of the Brittle Blade. Once a death cult formed around the ritual of human sacrifice, time has changed the Brittle Blade so that the ritual itself is what they worship. They respect the clean kill, the silent kill and the untraceable kill. They respect the goddess of death and they claim that when death comes, a man of courage can grasp her tightly and ask of her a question which she must answer truly.

The priests of Yun are mainly responsible for two things, the cultivation of the lotus plant and the worship of the emperor of the underworld; the god Yun. They believe that in order to keep the universe in balance, the Emperor of the Underworld must approve of the God-Emperor in the real world. To this end, they have been opposed to the God-Emperor Yah-Chieng since he overthrew the former emperor. The Priests of Yun use human sacrifice to speak with the spirits in the underworld, and they have come in contact with Li-Yah, the spirit of the former emperor. Their ultimate goal is to see the rightful emperor on the throne. Who exactly that is, only the Priests of Yun know.

The Shadows of Jade are an organization in a desperate situation. Chaos rules the empire and their profession is now filled by those who are willing to go beyond the moral limits of what their organization allows. In short, their world has fallen apart. They turned their resources to the search for understanding of their current situation and what they found was that Yah-Chieng’s neglect of his empire had allowed such rampant thievery. Now they seek to restore order to the empire and they know of only one way to do it; ending the reign of the current God-Emperor.

The soldiers of the Last Legion man the great wall despite the lack of contact with their superiors in the east. They hold true to their ideals of defending the wall and they have a dream of the empire. Their leader, Po-sha is mostly concerned with getting himself rich – he lives in the Kang Pagoda, just inside the great wall. He rules them as an administrator, but he is far more concerned with his lecherous ways than he is with ensuring that the empire is protected. As far as Po-sha is concerned, the less news from the interior, the better. He can continue lording it over the peasants of the region and pursuing his own deviant desires.

The Scholars of Cheng-ho used to rule the city of Shaulun. In the slender towers of the city, they used seeing-glasses to peer upon the face of their beloved goddess. In the darker times of the month, they summoned her servants, the Moon Children, a species of mischievous spirits who dwell in the underworld. The vast amounts of money being paid out by the opposing sides in the conflict have led to huge economic pressure on those living in the neutral city of Shaulun. As a result, the Scholars have been pushed from their homes. Pretending false sympathy, the Warlord of Gun Hai lured them north to his city. But the Warlord betrayed them and enslaved the Moon Children, refusing to allow them to return to the underworld. The Scholars were put to work in the city, creating potions and war machines for his use.

These are the men and women who worshipped the gentle god, Yag-kosha, until he was stolen away by the evil sorcerer, Yara. They are few in number, but they are powerful in the white sorceries taught them by Yag-kosha. When their god was stolen from them, they vowed to wander the lands spreading his word until he returned to them. Then, when the cataclysm began almost 25 years ago, they divined that their god had been killed. They learned the name of his killer, Conan. The priests of Yag-kosha know that the God-Emperor is an usurper, guided by the same powers which their god had sought to oppose. They preach insurrection against the God-Emperor (but quietly).

Tamarin’s Tigers are a band of mercenaries from Vendhya, come to Khitai to fight in the war between the cities of Gun Xiu and Gun Hai. Their methods of warmaking are direct and brutal – they whip themselves into frenzy and then ride their fearsome tiger mounts into battle. Tamarin’s Tigers are known for their bizarre body-piercings and tattoos. Some of the more aggressive members of the mercenary company have filed their teeth to points. Repeated rumor states that the mercenary company was expelled from Vendhya for their practice of cannibalism.

Wolves of the Steppes

The Wolves are the organized portion of the bandits who plague the central kingdoms. They are organized into packs that attack all across the grasslands, howling their fearsome howl as they charge into battle. Rumor has it that they have tamed the real wolves that prowl the steppes, and they use them as hunting companions. Some survivors have claimed that they have seen bandits riding the great beasts into battle – but that must surely be a lie. The wolves are led by Bhangi Khan, who rumor maintains is more than half-wolf himself.

Hyrkania is Khitai’s western neighbor and there is no love lost between the two lands. Hyrkania is a vast land of prairies, forest, and tundra. Hyrkania is best known for its broad, barren steppes where horse-warriors, masters of the powerful double-curved bow, gallop the great treeless tracts of land. Living in tribal clans and led by Khans, these warriors ride on raids of plunder. They are lean horsemen in sheepskins and high fur caps lashing their horses and loosing their barbed arrows.